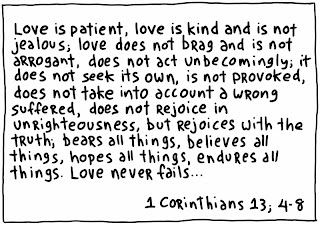 Posted by Tim Provencio at Saturday, November 09, 2013 No comments:

Email ThisBlogThis!Share to TwitterShare to FacebookShare to Pinterest
Labels: Christianity

Welcome to "Tim's Tellings".  Yeah, that's pretty cheesy but all the good URLs were taken.  With a little help of the thesaurus I grabbed that "telling", which is synonymous with "revealing", but there is a little word play there too.  I guess in a way I wanted a place to "reveal", and work some things out in text as I find it rather cathartic.

I've had another blog out there for years.  Some of what was in it was gold, the rest was just black sand.

I wanted a new start for a blog, but I also wanted some of that gold to be placed here too. Meaning, while there will be new posts arriving here, there will also be old posts posted with their original dates so they can be retained for here on out so feel free to look "backwards in time" rather than at just new posts.

After I finish cleaning the gold from the other blog, the black sand will be thrown back in the river.  Don't worry, it won't be missed.

Posted by Tim Provencio at Saturday, November 09, 2013 No comments:

Yearning for the simple life


Up til about the age of 9, I lived with my Ozark American great-grandparents in a little farm house with that roof-shingle-looking siding among orchards in rural Ventura County, California.  Looking back, I know now we were very poor, but I never knew it as a kid.
We had chickens behind the garage, a massive garden, and a cellar full of jars of home canned goodness.  Not to mention, parts of the year there was all the finest oranges one could eat!
What wasn't raised at home was purchased in "lowest common denominator" ingredients.  Sure we got coffee, Cheerios, etc. from the store, but we mostly bought the basics like rice, dried beans, flour, and sugar.
We never bought those "boxes" of ice cream (although we did hit Thrifty's for a cone every now and then), instead we put cream, sugar, vanilla extract, eggs, etc., into a hand-cranked ice cream maker and made it ourselves.
Come Sunday when chicken was fried, we had fresh or "canned" (more correctly called "jarred") veggies, gravy from scratch, mashed taters with lumps, and some form of home-made desert (my fave was nanner puddin'.)  I always thought we were living awesomely, and we never seemed to want.
After leaving this environment I went through different stages in my life where I was "victim poor" (feeling someone owes you something if they have more,) then "I know I'm going to get out of this" poor, and then eventually to a point where I was making more money than I really needed which led to a more complex life with excessive debt.
I've come to the point where I know I could be content with a lot less than I have now.  I am working on a plan that means I won't owe any money on anything except the house in less than 3 years.

It hit me that I'll have all this extra money when I'm debt free and the most exciting thing about that is not what I can "acquire" but what I can give away.  So many people lose simplicity for the sake of "stuff", and the quest for stuff is never ending as you want bigger and better stuff.  The happiest people are just simple and content, and simplicity and contentment are what I yearn to return to.
Posted by Tim Provencio at Saturday, November 09, 2013 No comments:

The tree gets its voice

When the horsehair hits the strings, the wood seems to come alive. With this simple action the true voice of those lonely trees comes forth. For years they stood there whispering in the wind, anxiously waiting to sing a joyous noise. Created by God but exposed by man, it can wail a sad song that brings a tear to my eye and an ache in my heart or it can sing me a happy song that puts a smile on my face and a stomp in my foot that, try as I may, I am just not able to still.
Posted by Tim Provencio at Friday, March 01, 2013 No comments:

Sitting on my porch back there in the South, the humid but comforting air seemed to embrace me. Those warm breezes would dance the soothing smell of hickory beneath my nose. Reclining there with my ice-cold sweet tea watching the kids chasing the fireflies was like a glimpse of heaven. Closing my eyes, I would let the greetings of the cicada and the giggling of my kids in pursuit of their elusive prey melt away the stresses of my day. Oh how I yearn to return.
Posted by Tim Provencio at Thursday, February 28, 2013 No comments: