Perception may be real, even when it isn't reality.

It doesn't matter how intelligent, insightful, or experienced one actually is; if someone subjectively perceives them in a particular manner, everything they communicate to them is going to be passed through that filter of (mis)perception and will be "heard" exactly how the receiver wants to hear it, regardless of if it was what the communicator truly conveyed or not.

What's also thought-provoking is that the inverse is also true. Meaning, there are people who perceive incompetent individuals as brilliant and everything they say therefore sounds profound as it resonates with the ego-based component of the filter and arouses an optimistic assurance.
Posted by Tim Provencio at Thursday, July 02, 2020 No comments:

Learn to drive one of these, or expect to ride in a box car 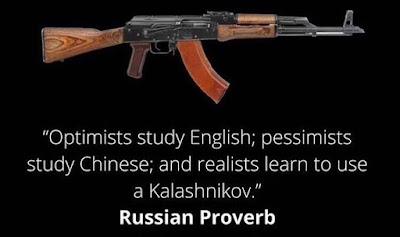 Some may have heard of the MBTI, or "Myers-Briggs Type Indicator". The Myers–Briggs Type Indicator (MBTI) is an introspective self-report questionnaire indicating differing psychological preferences in how people perceive the world and make decisions. Me, I'm a MBTI INTJ+T type.

Discovering the MBTI and determining my type has been a very insightful and introspective experience.  I've recently been exploring the "+T" (Turbulence) designator for my specific type which has been as insightful, or actually explanatory, as initially discovering my type.

For example, I recently read the following on INTJ+T:

Their turbulence may be related to their introversion as well as to the fact that many INTJs are “highly sensitive persons” (HSPs). While INTJs may not see themselves as emotionally sensitive, they are often sensitive in other ways. They may for instance, be easily overstimulated or overwhelmed by external stimuli, such as crowded or noisy environments. This may engender deep feelings of unease or anxiety, perhaps even culminating in a migraine or panic attack.

But while this may seem like a weakness, the author offered the following:


Unfortunately, people too often overlook the positive side of INTJs’ sensitivity, namely, its contribution to their perspicacity and perceptiveness. If we think of a sensitive nervous system as one that is highly attuned to all sorts of stimuli, it should not surprise us that INTJs can pick up on nuances and subtleties that are lost on other types. This, of course, goes hand-in-hand with their intuition, which requires the accurate perception of raw data (and lots of it) to work its magic.

BTW, the definition of perspicacity is as follows:


Perspicacity is a penetrating discernment —a clarity of vision or intellect which provides a deep understanding and insight. It takes the concept of wisdom deeper in the sense that it denotes a keenness of sense and intelligence applied to insight.

So since the INTJ is the overall rarest personality type, and the +T even rarer, perhaps in a sense it is an example of a higher evolution of the mind.  Or maybe not even an evolution per se, but rather a more true example of a mind attuned to survival in the natural environment we lived in for thousands of years prior to where we have landed now.

It's tough at times and sometimes the hyper vigilance is exhausting and I do get those negative manifestations mentioned, but at the same time in the right situations my INTJ+T traits really shine and I'd not trade them for anything.

I guess one could say that I have learned to see my INTJ+T traits as my super powers, but as comic book fans know; all super powers come with some sort of price.
Posted by Tim Provencio at Friday, May 22, 2020 No comments: 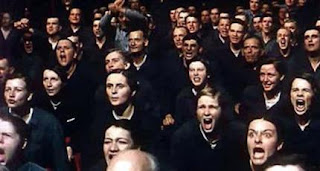 After composing this, I think it's time to get the heck off Twitter again.  I'm surprised I lasted nearly two weeks.
Posted by Tim Provencio at Friday, March 13, 2020 No comments: 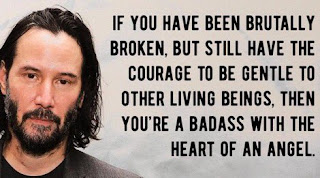 Posted by Tim Provencio at Saturday, March 07, 2020 No comments:

10 Things You Should Know When Interacting with an INTJ

1. There is Literally Nothing Between the Lines: There are no hidden and obscure messages to be found between the lines. What I say, is what I mean. 2. Don’t (Try to) Surprise Me: I need to plan. 3. I Actually Do Have Feelings (On Occasion): Yes, I know, it’s hard to believe. I feel things very deeply. 4. Don’t Get Offended: When you ask for my advice or opinion. I will tell you the truth, without sugarcoating it. 5. Don’t Worry About Offending Me: I don’t get offended if someone tells me I’ve done something wrong, just explain the problem so that I can fix it. 6. Be Real, or Get Out: I recognize manipulation, lies, and bullshit miles away and have zero tolerance for it. 7. An Argument is Not a Fight: I recognize manipulation, lies, and bullshit miles away and have zero tolerance for it. 8. Efficiency is Life: I am an efficient person, and I like to make sure everything is done in the most efficient way possible. 9. This is My Face: I am expressionless most of the time. 10. Alone Time is the Best Time: If I say “I’m just staying home tonight” or “I just want to be alone”, it’s nothing against you.
Posted by Tim Provencio at Friday, March 06, 2020 No comments: