Back in the Saddle Again

I've gone a few years (several?) without a Dual Sport motorcycle.  My last was a KLR 650 and Nikki wouldn't ride on it so I decided a BMW GS would be a better choice.  I let the KLR go using that as an excuse.

One of the things I missed the most was being able to go blow off a little steam at lunch.  Sure I could ride the Harley, but it really wasn't a terribly fun bike to ride.  You'd feel more exhausted after a ride than before (and not in a good way.)

Next came and went a couple other bikes, and finally I got a taste of BMW.  Oh.My.Goodness!  Motorcycling became fun again!  But, it wasn't a GS.  I went to look at them and Nikki saw the luxurious trappings of the BMW K1200LT so we demoed one and now we own one.

We love that bike but I kept looking at those dirt roads each time I passed one remembering past adventures.  Then it finally happened and we welcomed a BMW GS into the stable *FINALLY*! 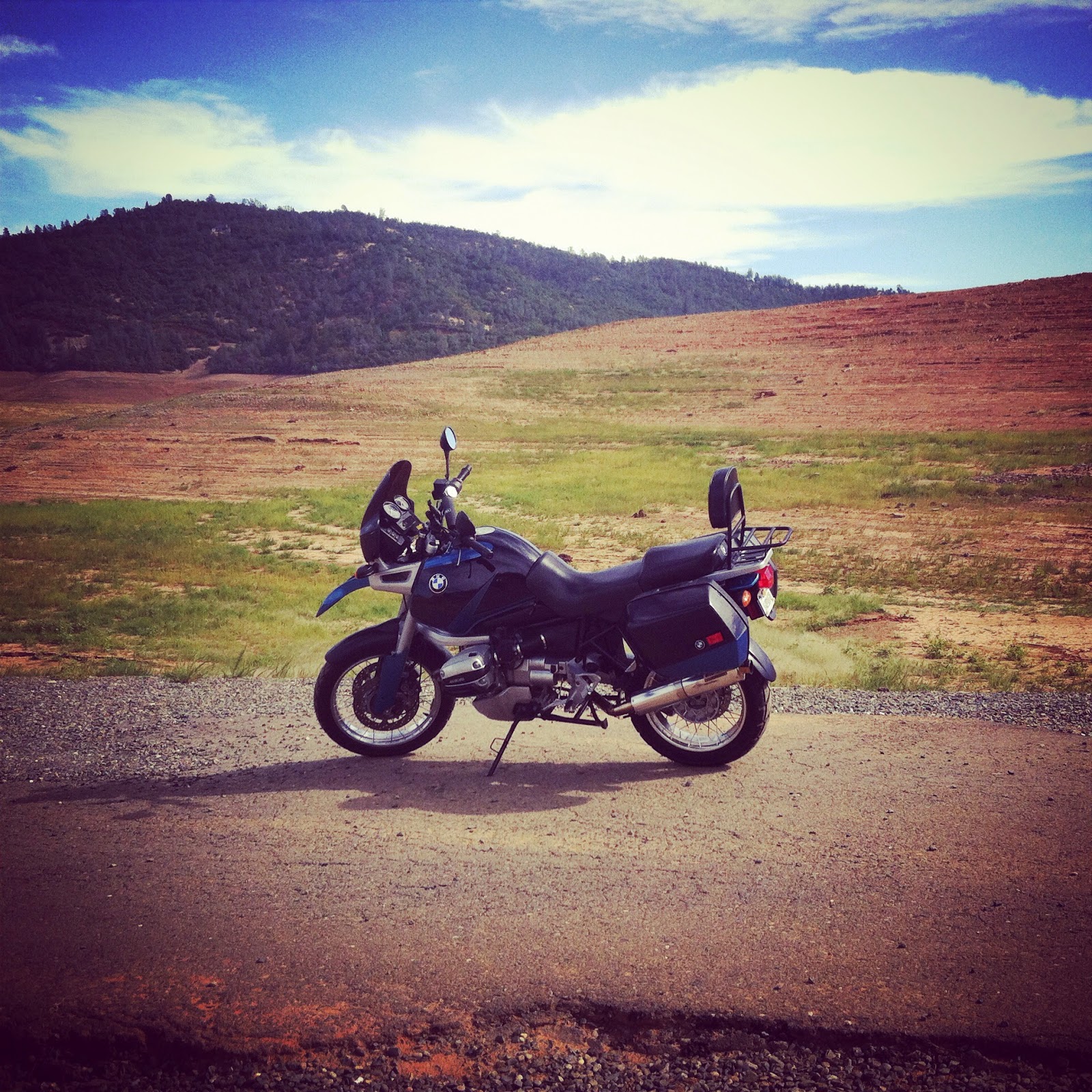 This means those lunchtime adventures have returned.  And, since today was a horribly terrible Monday, it was as good of a day as any to head up to Bloomer Hill.

Bloomer Hill used to fit in at just about an hour from out the door to back into the door when the KLR was around so I was down for it.  Nevermind the storm clouds, I'm gonna DO THIS!  And despite the construction delay, I did it and here is the proof... 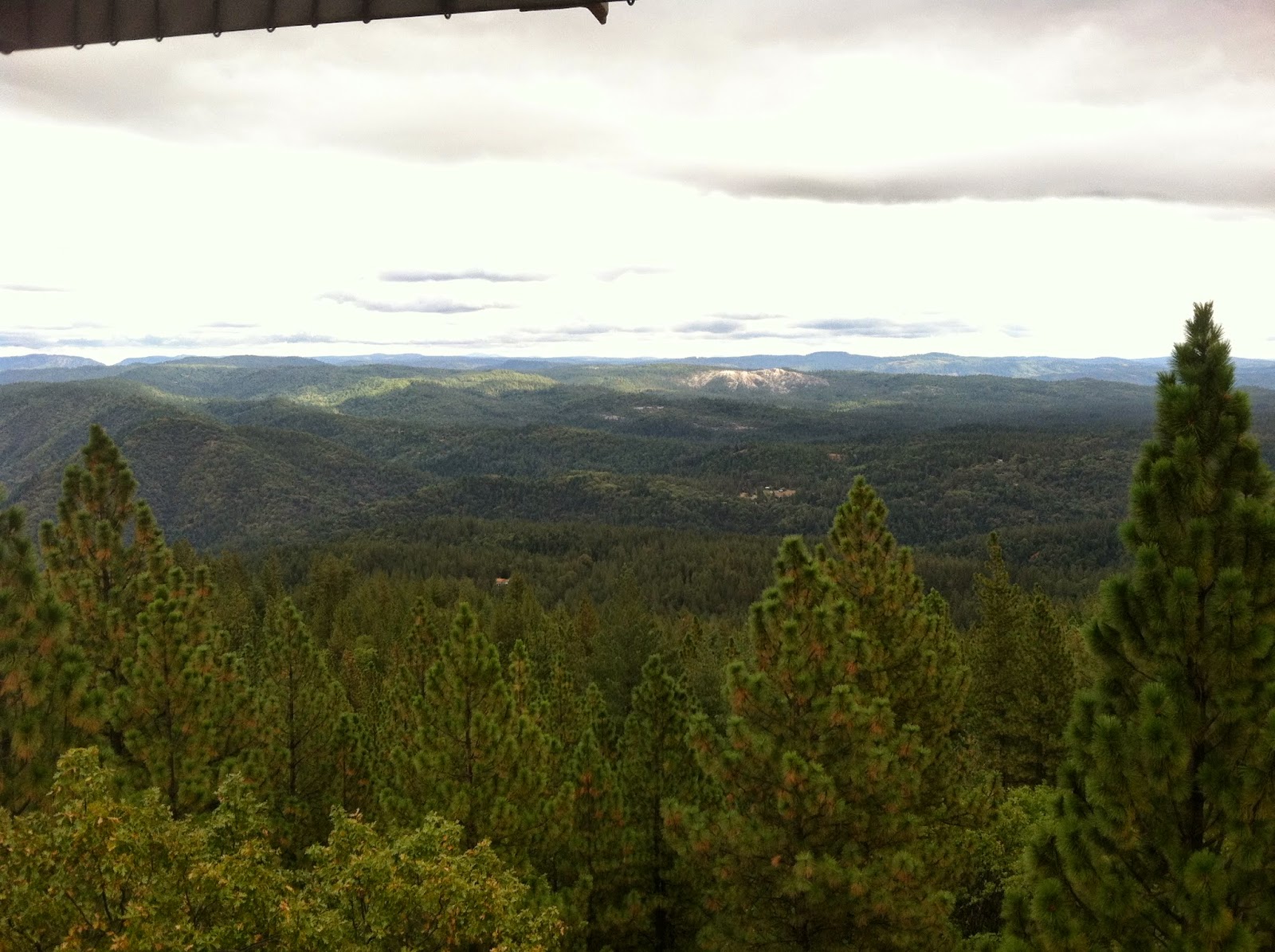 Bald Rock in the distance 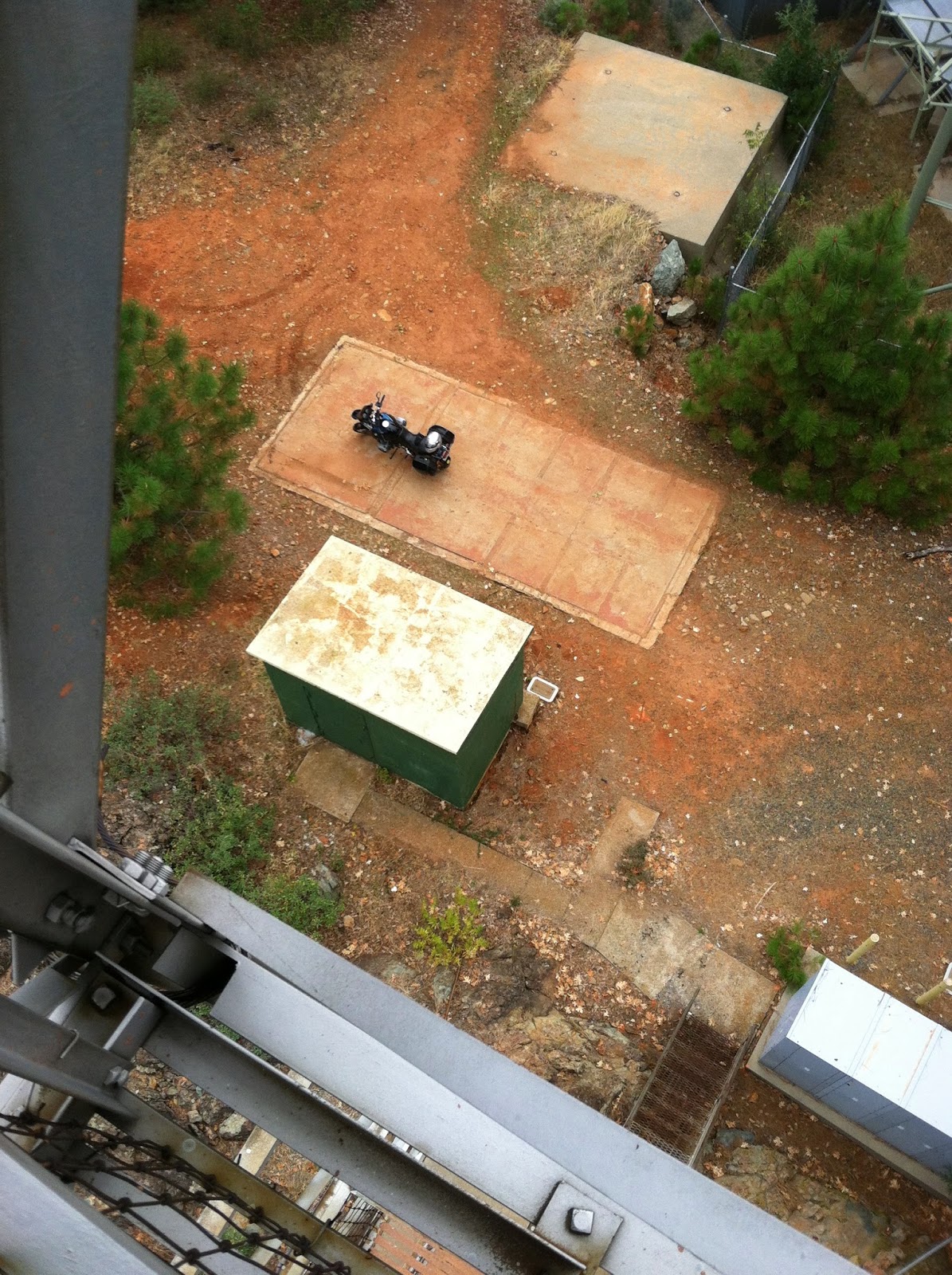 Looking down at what I waited so long for 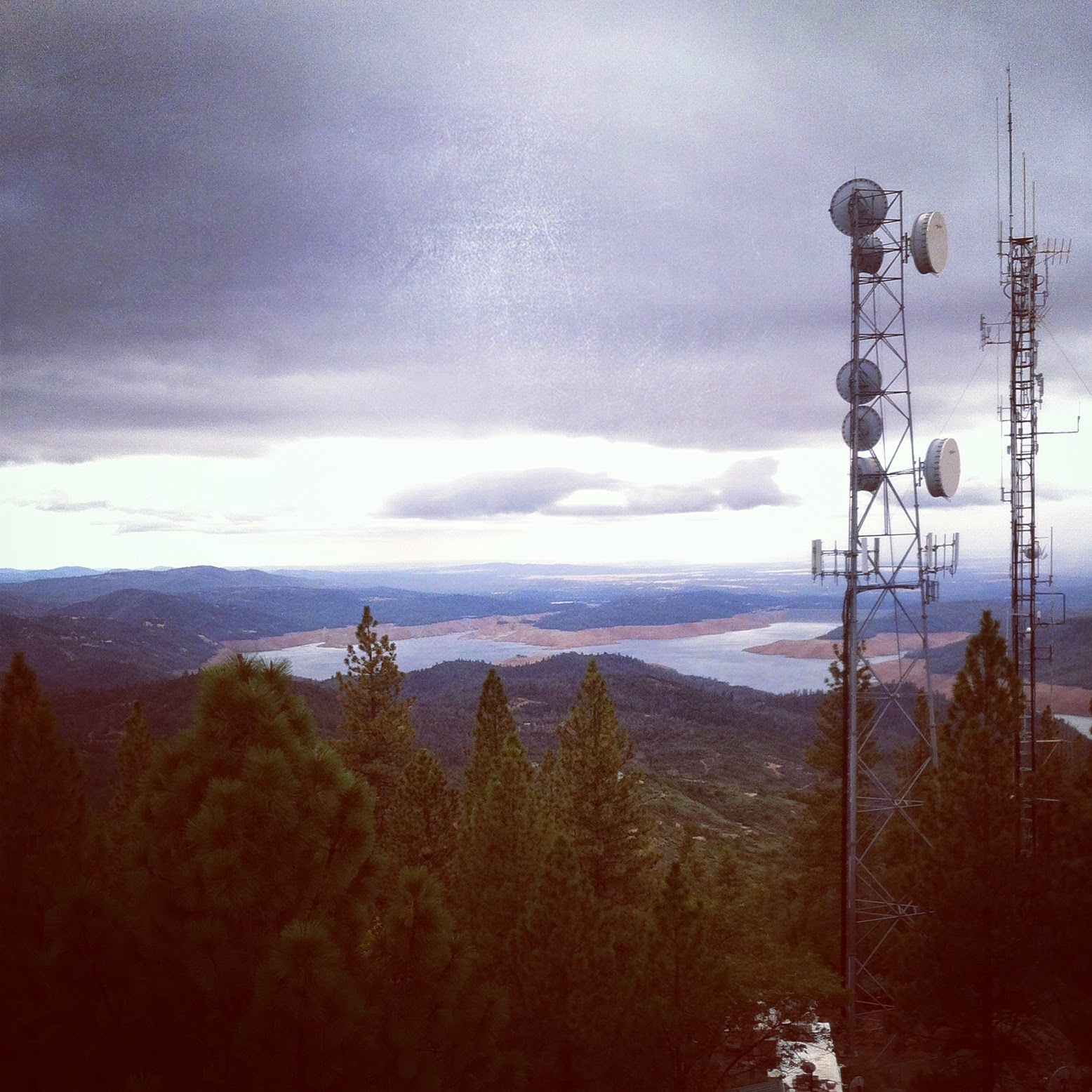 The view that melts away stress

The bike is a lot heavier than a KLR, and while I could have softened the suspension behavior a little, I didn't want to have to retweak it again.  Heading up the hill left me with screaming knees and forearms that felt on fire, but that's just pain leaving the body, right?

As I got there I probably should have turned around to stay under my hour (hope no bosses are reading this, but in my defense, I put in overtime and will be working later tonight!)  But, I had to climb the tower and so glad I did.

I could see the storm I was about to get a taste of, the poor lake at record low levels, and the lush forest around me.  As I sat there all I could hear was the wind through the tower and trees.  Well, a couple random gunshots too, but just about three or four.  The tower gently swayed in the fierce winds but this thing has been there for 89 years without falling and I'm not narcissistic enough to think I'm gonna bring it down.  It's almost comforting in a way just sitting up there gently moving as it has for so long.

But every good thing must come to an end and I climbed back down, posted a quick Instagram, and texted my honey back as the rain started to drip.

While I hadn't seen a soul on the way up the Jeep road, the Encina Grande way was well traveled by the growers and their characteristic Toyota 4x4s. Luckily the rain was keeping the dust down to I could put some speed on it.  About half way down the rain turned into a downpour and the new Shoei performed well.

When I got home I was nearly 20 minutes late, but I worked 40 minutes over and will put in more time tonight so I don't feel bad.  I definitely felt much better after a little lunchtime adventure though and got to feel out the bike a little bit.  The bike performed well on its first off-road run.  I also discovered the hand guards I ordered will be appreciated but at the same time I discovered the right hand grip warmer isn't working.  But, still extremely happy and thankful to finally be back on a dual sport, especially a BMW GS.

Email ThisBlogThis!Share to TwitterShare to FacebookShare to Pinterest
Labels: Motorcycling

Comments are moderated and Spam will not be approved. Don't waste your time.